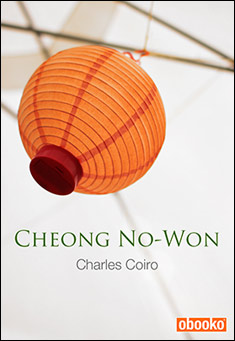 The story of a child born in China just before the outbreak of Japanese/China war in 1937 to homeless, alcoholic mother in an alley. The boy survives with uncommon intelligence and wit and achieves great accomplishments but still retains the mark of his lowly birth and his lack of culture by a young woman who reminds him constantly of his lack of sophistication and slum manners. No-Won overcomes all obstacles and becomes a man of business and politics.

Cheong No-Won was born inconspicuously in some debris -strewn alley in Jiangxi by a woman who was rarely aware of what was going on around her. The father, also an alcoholic had acted instinctively when he saw a woman who seemed agreeable to his advances; impregnated her with both parties probably not knowing what had taken place. When the child was born, some dim primordial instinct, momentarily awakened without her knowing it; made her cut the child’s umbilical cord, fold it back upon itself and with some piece of string, tie it closed. That same instinct made her give suck to the hungry mouth waiting to be fed. After the woman had fallen asleep, the child, sparsely covered and almost patiently waiting to be fed again. It seems that the finger of fate was upon him since the time of the year was mid July and the hot night made the need for clothing almost unnecessary. He was called No-Won. Fortunately, No-Won’s mother was snoring in her sleep on her back. The small, although functioning breasts were exposed with the child at her side. An elderly woman, also in the alley, heard the child cry and went to investigate. Seeing the mother in a stupor of drunkenness, she placed the child’s mouth on the teat and waited until it started suckling. In that way, the life of No-Won began.

Most of his babyhood he was fed from his mother’s breast but without sufficient food, she soon dried up and No-Won’s food was whatever his mother could forage from the restaurant garbage pails. At 5 years of age, almost independent, he was already following other children his age and sleeping in doorways or other semi protected places. He and his street friends were considered a pariah for their stealing and in general for being present. The fierce will to live and the many ways they devised to exist was a paean to Mother Nature at her best, for without the need to continue living, all would have expired. Hardened and exposed to all types of dangers, abuse and disease, some, like No-Won survived. At first, the children just went wherever there were crowds of other people. This seemed the safest and also afforded them the opportunities of stealing from some of old women’s shopping baskets or if experienced enough, to run off with some unguarded parcel. Most of the people were travelling toward Jiangxi those days where they sought safety from the Japanese. The Japanese had invaded and held the land just north of the city of Jiangxi. The city was crowded before but now there was complete pandemonium which suited the gangs of homeless children. Complete confusion plus being strangers to Jiangxi made the people trying to escape easy prey to these experienced survivors of 7nd 8 years of age.

The hordes of people carrying their most valuable articles were gathered in Jiangxi to seek passage to the seaports of Shantou, Xiamen, Fuzhou, Shanwei and Hong Kong from where they hoped to escape the ravages of the Japanese Invasion which had started on July 7, 1937. Some of the ports were still in Chinese hands but the Japanese sent special troops to take over the ports thereby cutting off the receiving of supplies and preventing the Chinese from fleeing.

Money was meaningless unless it could buy passage toward the south or towards the north to reach the railroads in Changyho to try to get to India. The people had heard of the harsh, merciless treatment of the Japanese and especially those with daughters knew of the Japanese penchant for young females. The families’ only recourse was to flee from the advancing Japanese forces and hope to find safety or relatives living in some area that had not been attacked. As always, there was a need for assisting those who are helpless to help themselves. There were mercenary men who could help you find a route to escape for money – a great deal of money. No-Won, from an early age, found that there was an advantage if you tied yourself to someone to be of some use while waiting for the chance to run an errand or do some little service. There was no talk of pay but eventually, he discovered, your efforts would be noticed and with the small confidence gained, be entrusted with more responsible tasks. In this way, No-Won gained enough confidence with one of the men, who for a fee, could lead you to a boat or junk from which you could make your escape. It would have been possible for the escaping public to go to the docks themselves, pay passage and that would be that. However, there was the greed not un-common among men and the advantages too great to pass up. Hence, the owner of the ship could have simply taken the money of those seeking escape and that would have been that. But with the fleeing Chinese having to first pay for someone to take them to the ships, they paid twice with the ship owners receiving a percentage of the money already paid to the person in Jiangxi.