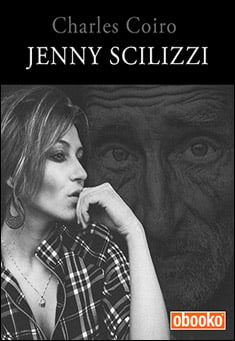 A young Italian girl moves wIth her family to Queens, Long Island. Her goal in life is to be a ballerina and she goes each week to Brooklyn where she is studying ballet. After winning a scholarship to a high school she is devastated when her dance teacher tells her that her proportions are all wrong for ballet and that she would never be able to join a company.

Taking a sandwich and an apple with her, she walks to a lonely section to think what she must do. An old man, looking for scrap metal happens to be there and they talk. His ideas on life impact upon the young girl and gives a new impetus to her pursuits and eventually changes her whole life.

Jenny never mentioned her ambitions with the other girls but she always managed to get a roll in the plays they put on at school. She was told that she was quite good as an actress and while she was not as beautiful as she would have liked to be, she was still nice to look at with even the girls calling her cute. Her favorite magazines were all about "stars" and what they had to do to become actresses and about how they had to study singing and dance. Jennie was especially taken by ballet. She begged her mother to let her attend ballet class which was more than an hour away in Brooklyn. Had she been in a country such as Russia, she would have immediately been dismissed because her body was not an ideal ballet figure. First of all, she was long waisted which made legs look too short and even though she was thin and supple, her Tutu would give the appearance that she was unbalanced in her proportions or that the Tutu was falling down below her waist. But, her teacher who had worked with a small ballet company as a line dancer could not be too fussy since there were few enough people looking to study ballet. Together with 2 other young girls, every Friday, at 4:00 pm, Jenny would be on the trolley car making her way to her class in Flatbush, Brooklyn. She did this religiously until she had no more to learn from her teacher. Now, at 15, she was preparing for her High School entrance examinations. She had decided to apply to the Fiorello H. LaGuardia School of Music and Art and Performing Arts on Amsterdam Avenue in Manhattan. There, if accepted, she could study dance and the performing arts and meet other young people who had similar interests. She was excited that at last, realistically, she could realize her dreams and share and compete with other people who felt the same as she felt.