Beyond Einstein and Newton: A scientific odyssey through creation, higher dimensions, and the cosmos
By Manjunath. R

The general public regards science as a beautiful truth. But it is absolutely-absolutely false. Science has fatal limitations. The whole the scientific community is ignorant about it. It is strange that scientists are not raising the issues. Science means truth, and scientists are proponents of the truth. But they are teaching incorrect ideas to children (upcoming scientists) in schools /colleges etc. One who will raise the issue will face unprecedented initial criticism. Anyone can read this book and find out the truth. It is open to everyone.

Subaltern notable – built on the work of the great astronomers Galileo Galilei, Nicolaus Copernicus (who took the details of Ptolemy, and found a way to look at the same construction from a slightly different perspective and discover that the Earth is not the center of the universe) and Johannes Kepler – which take us on a journey from the time when Aristotle and the world of that era believed that Earth was the center of the universe and supported on the back of a giant tortoise to our contemporary
age when we know better − regards body of knowledge as painterly truth. Rather it is absolutely-absolutely false. The word “certainty” in the Game of Science is a misleading term. The history of science, from Copernicus and Galileo to the present, is replete with examples that belie the charge of uncertainism in science. Despite the fact that science (which is guided by natural law and is testable against the empirical world) has revolutionized every aspect of human life and greatly clarified our understanding of the world, it has weighty limitations and it’s a journey not a destination and the advance of knowledge is an infinite progression towards a goal that forever recedes. And it's our main ingredient for understanding − a means of accepting what we've learned, challenging what we (a hoard of talking monkeys who’s consciousness is from a collection of connected neurons − hammering away on typewriters and by pure chance eventually ranging the values for the (fundamental) numbers that would allow the development of any form of intelligent life) think, and knowing that in some of the things that we think, there may be something to modify and to change. We now have considerable empirical data and highly successful scientific interpretations that bear on the question of certainty. The time has come to examine what those data and models tell us about the validity of the scientific hypothesis.

After sleeping through a hundred million years in wisps, ashes and smoking gun we − the rational beings developed from the Darwin’s principle of natural selection (a mechanistic, causal account of how living things came to look as if they had been designed for a purpose) in terms of the genetic information carried in the DNA of our cells and how it got modified by random mutations − have finally awakened our eyes on a cooled cinder, sparkling with color, bountiful with life, reciting an African creation myth (: that in the beginning, there was only darkness, water, and the great god Bumba. One day Bumba, in pain from a stomach ache, vomited up the sun. The sun dried up some of the water, leaving land. Still in pain, Bumba vomited up the moon, the stars, and then some animals. The reptiles, mammals, and ultimately the human race) and rapidly moving on to big questions such as, if the big bang was perfectly symmetrical, and then we should expect equal amounts of matter and antimatter to be formed. In other words, if matter and antimatter can be made or destroyed only in matching amounts, and the laws of physics are exactly same for the both, then how can it be that the universe contains so much matter but so little antimatter? So why do we now see only matter except for the tiny amounts of antimatter that we make in the lab and observe in cosmic rays? Is that the original big bang was not perfectly symmetrical at all? 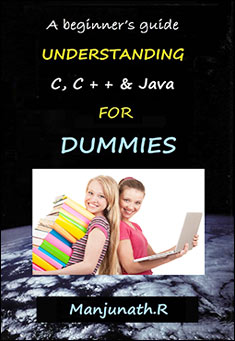 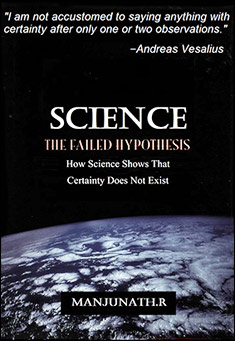 by James M. Fiore The goal of this workbook is to provide a large number of problems and exercises in the area of DC electrical circuits t......

Introduction to Linear, Time-Invariant, Dynamic Systems for Students of Engineering

by William L. Hallauer Note: large file 4.4mb. Please ensure you have a suitable Internet connection. This is a complete college textbook, o......