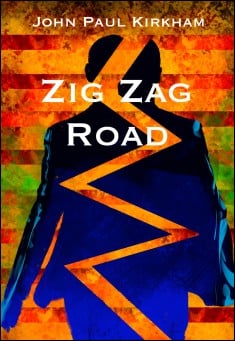 And special thanks to one of Englands great singer songwriters Judie Tzuke for allowing two of her songs to feature as a prologue and epilogue for this collection of work.

Many of the poems are autobiographical and recall true life events and the characters featured really did exist.

Scattered throughout the book are a selection of Haiku works inspired and woven by our natural world of sensual humanity, remembering that poetry is often written to stir emotion or passion. And “Zig Zag Road” … you will finally get there in the end … and yes, it really does exist as well.

All for an Empire - Part II

The echo of their rifle shots


into some young sons bleeding heart
dawn chorus fearful flies the lark
mainly conscripts manly boys
the 6.00am innocent sacrifice
all for an empire
loyalty and lies

by John Paul Kirkham Featuring a prologue by Suzanne Vega, an intermission sequence by Supertramp’s Rodger Hodgson and an epilogue by k......

by Ode Clement Igoni This work and collection is a sonnet poems chapbook embodiment of art imagined by the poet. This collection also highlig......