In this dystopian fantasy, certain people are stuck at binary ages (8, 16, 32 ...) due to an unknown cause. They cannot age, or change, or become sick or even injured. By turns experimented on, abused, tortured and scorned, they are eventually exiled into a strange prison, an infinite forest world from which there is no escape. There they seek a cure, an antidote, a solution to their problem.

Four people are selected, seemingly at random, by an invisible being who communicates to them through wild animals. They are told they must go somewhere, find something, take it somewhere and do something with it. This is all they know. The thing, whatever it is, could be anything, and it could be anywhere. As for the chosen ones, they have other problems ...

Baudry was notified by squirrel, on what was otherwise just another boring day. He knew he should have been out hunting goals. He was, after all, a Goal Hunter, but he was sick of it. He'd hunted down goals for so long already and the game was going on forever. Of course, it was meant to. That was the whole point of the game - to be endless. Didn't they have all the time in the world? That was another problem.

He'd found himself sitting on the roots of an old gnarled oak tree, staring at the vast green canopy above. He'd been sitting there for hours, with nothing in his mind. He felt the cool breeze on his skin as occasional sunlight filtered through the dense forest. He smelled the dusty duff beneath his feet and heard the chattering of the squirrel before he saw its twitching mouth. It sounded like the usual cluck-cluck-clucking at first and then, as the creature dropped to the ground at his feet, he heard it speaking in his own language.

"The Hidden One calls you to order," the squirrel declared.

"Excuse me?" Baudry blinked a few times, startled but not yet believing his ears. The squirrel remained squatting before him, its large black eyes clearly peering at his own, its whiskers twitching with impatience.

"The Hidden One," the squirrel repeated with impatience in his tone. "Calls you to order."

"What does that even mean?" Baudry asked the beast, though he was pretty sure he already knew. The squirrel began clucking again and, with a distinct sniff, whisked its head about and scampered away.

"To order," Baudry repeated to himself. "It can only be one thing, and yet," he mused, The Hidden One had never yet called anyone to order, as far as he knew. It was only a rumor, a vague superstition that there even was such a being as The Hidden One, and that when she called someone to order, the lucky recipient of that invitation had better make haste and report immediately to The Particular Tree in the center of the Canopus Forest. It would be a bit of a journey, Baudry reflected, casually mapping the entire trip in his mind. He knew the forest as well as anyone, probably as well as anyone could. He'd been hunting goals in it for years by now. Too many years. Far too many in fact. Baudry rose to his feet and decided he might as well begin right away. There was nothing else he had to do. No one he had to inform, and he might even pick out a few goals along the way.

The game had many names - the most popular was Mind Ball, but it was typically referred to merely as 'the game' - and was currently in its seventh season. This number was purely arbitrary. A season ended more or less by accident, when enough participants decided that it would. There were no official winners. Some Strikers scored more points than others. Some Saviors prevented more from being scored. There were varying degrees of success among the more modest ranks of Smackers, Goal Hunters and Ball Gatherers. The Flower Pickers were supposed to run out of petals, signifying a victory, but often the flowers selected had so many petals it was practically impossible to pluck them all.

Teams were formed by happenstance during the inter-season sessions of drawing up sides. There were moments of excitement, certainly, especially when Strikers struck and Saviors saved, but considering that a season could last for years, and games within it endured for weeks or months, you could never say it was much of a spectator sport. In truth, there were no fans, only players. There was no field of play except the forest, and a goal could be anywhere at any time. A ball, likewise, might be any thing. It was the duty of the Goal Hunter to discern what might be an actual goal and the job of the Ball Gatherer to determine the other. Once those objects had been decided, it was up to the higher ranks to carry out the efforts of accumulating or denying points. It was only rarely a contact sport. Often, team members did not even see each other for days at a time, as they went about their various assignments and since it was no one's job to keep track, it was never quite clear what the state of the game or the season actually was, at any given moment. The whole enterprise tended toward chaos, and that was just fine. The players had nothing to gain, and nothing to lose. All of them were in the same boat, or, to put it more plainly, in the same eternal exile.

They were literally exiles, all of them, cast out by society, forbidden to ever escape from these woods. Those who tried to leave discovered there was simply no way to get out or even to see the containment field alleged to be erected all around the wide forest. They weren't criminals. They had done nothing wrong, as anyone would confess, but their kind could not be tolerated within the world of civilization. Every one of them shared a common curse. All of them had been cured of death. No one still living was even sure how it ever had happened. Legends persisted of a witch and a potion, of a mad scientist and experiments, of a nasty God and His revenge, but whatever truth there was to any of it was lost in the weeds of history. Every so often another one was detected. Hide as they might try to, they could not stay hidden forever. Sooner or later their secret was rooted out, they were exposed and, as soon as found they were delivered to this forest, cast in and left to be forgotten by the world outside. There were those who would say it had been going on for centuries but the truth was known by none for sure. Baudry was one of the cursed.

No one knew when precisely when this accident happened first, and no one knew why it operated as it did. Those who were afflicted would continue to age normally until the next binary value and then they would stop maturing, forever. If it struck when you were a baby, you would grow to be eight, and then grow no more, ever. Those a little older would mature until sixteen, and then stop. So it was there were for all practical purposes only four ages in the Canopus Forest: 8, 16, 32 and 64. Although The Hidden One was rumored to be 128 or even 256, no one really believed in it. No one admitted to ever having seen her in person. There were no known cases of anyone hitting the curse past the age of 64. Baudry considered himself unfortunate. He'd been struck sometime in his mid-forties, he later came to believe, and then he hadn't realized it for another forty years or so. It wasn't obvious at all that he'd stopped changing at 64. He felt the same at 70 and that was not too unusual. When he felt exactly the same at 80, he did begin to wonder, and so did his neighbors. He'd been reported, anonymously, as possibly afflicted, turned in to the authorities and made to undergo their "testing". Even after being exiled he'd remained in denial, certain he would begin to decay and diminish all at once one fine day, absolutely sure he'd weaken and develop the customary aches and pains of elderly decrepitude, but it never occurred. He'd never once felt a day older, not since that time, so many years ago he could barely remember, when he'd been carted to the edge of the woods and was basically dumped within. 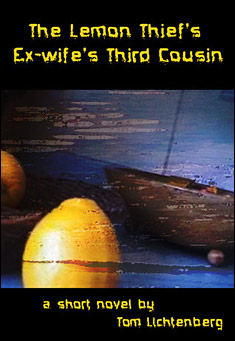