When people talk of Scottish scenery, they inevitably mean the scenery of the Highlands - mountains, deep glens and dark, brooding lochs. The Highlands area has no set boundaries, and some places described in earlier chapters, such as Aberdeen and Grampian, Argyllshire and parts of Perthshire, can lay claim to being in the Highlands as well. But the area described in this chapter has the same boundaries as the local government area, and can legitimately be called the true heart of the Highlands.

The capital of the Highlands is Inverness. It is a thriving city with an enviable quality of life, and its environs are reckoned to be the most rapidly growing areas in Britain, if not Europe. Seen from the A9 as you head over the Kessock Bridge, it has all the appearance of a large metropolis, with suburbs that sprawl along the Moray and Beauly Firths. But in fact, its population is no more than 50,000, though this is growing almost daily, with plans recently announced for the building of a huge new suburb to the west of the city. And some of the countryside surrounding it looks more like the Lowlands than the Highlands, though this notion is soon dispelled if you head southwest along the A82 towards Loch Ness.

Within the Highlands you’ll find Scotland’s most famous features. Ben Nevis, Scotland’s highest mountain, is here, as is Loch Morar, the country’s deepest loch. The northern tip of Loch Ness, undoubtedly the most famous stretch of water in Europe, is a few miles from Inverness, and the last full battle on British soil was fought at Culloden. Here too, is Glencoe, scene of the infamous massacre, as well as John O’ Groats, Aviemore, Skye, Fort William, Cape Wrath and Plockton, the setting for the books and TV series Hamish Macbeth.

The west coast is rugged, with sea lochs that penetrate deep into the mountains. Settlements are few and far between, and most of them are to be found on the coast. Some visitors to the west coast of the Highlands are amazed at the sub-tropical plants, such as palm trees, that seem to thrive here. It’s all down to the Gulf Stream, which warms the shores and makes sure that snow is not as common as you would imagine.

The east coast, from Nairn to Inverness then north to John O’ Groats, is gentler, with many more settlements. Dornoch, though small, has a medieval cathedral, so is more of a city than a town, and Strathpeffer was once a thriving spa town, with regular trains connecting it to Edinburgh and London.

Between the east and west coasts are the mountains, the lochs, the tumbling streams and the deep glens. The scenery can be austere and gaunt, but never anything less than beautiful. No Gulf Stream here, and in some sheltered corners, snow lies on well into the year. Glencoe, Nevis and Aviemore take advantage of this by being skiing centres, though of late, snow has been in short supply.

In Caithness and Sutherland - Scotland’s two northernmost counties - you’ll find the Flow Country, mile upon mile of low peaks, high moorland and small lochans. This is not the dramatic scenery of the West Highlands where mountain seems to pile on mountain, but it has a ruggedness and grandeur of its own. 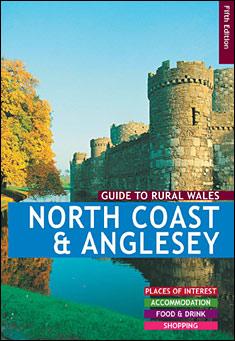